Racing for a Cure 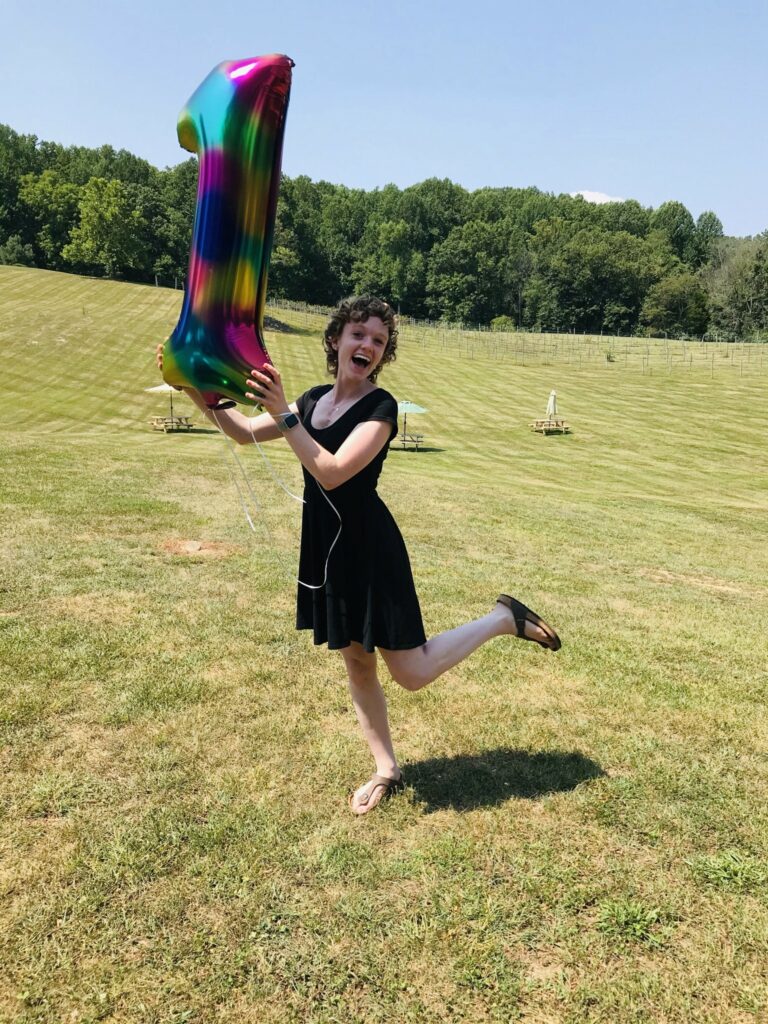 In the middle of 2019, I randomly decided to train for a half marathon. I registered for one on the spot, and after a few months of training, I completed my first half marathon…finishing much faster than I predicted I would. I was so proud of what my body could do and I was looking forward to my next race. But my future had something else planned for me.

The day after my race, I woke up with horrible chest pains. It hurt to lay in bed, it hurt to lift my arms, and it even hurt to breathe. I thought I might have pushed myself too hard during the race, but after a week of debilitating pain and lots of tears, I made a trip to my general physician.

My doctor concluded my appointment by diagnosing me with costochondritis, which is essentially inflammation of the chest cartilage. My doctor also noticed that one of my ribs was sticking out a bit farther than the rest, but I’m a skinny person so there wasn’t much cause for alarm. But we went ahead and scheduled an X-ray just to be sure I had no bone abnormalities.

The X-ray didn’t show anything wrong with me, but my doctor pushed for a CT scan. I was reluctant to go because it had been about a month since the pain started and I was feeling better. But I went anyway. That’s when I got an email about a mass in my chest and a surgery referral.

I met with my surgeon and I was shown my scans and the massive tumor that was just hanging out in my chest. Due to the location and my symptoms, it was decided that I would have an open chest procedure to remove it. I went in for a biopsy to make sure the tumor was not cancerous, and the results came back clear. The surgery was scheduled for a few weeks later.

I was extremely nervous about my surgery, but who wouldn’t be? I remember waking up and frantically asking if the surgery had been done yet. My bureau assured me that yes, it was six in the evening and I was done. They had me up and walking right away.

I had two feet of tube inside my chest and I had to lug around the drainage container as I made my routine laps around the hospital. The hardest part was the hourly breathing with the incentive spirometer since my lungs and chest felt so weak. After two nights in the hospital, I finally got to go home. Recovery was just as hard at home since I couldn’t do much of anything by myself. Taking a shower was so exhausting that I nearly threw up. I couldn’t sit up on my own or lift up anything more than a couple pounds.

A week and a half after my surgery, I went to my follow up appointment, expecting a quick visit. Instead I heard those terrifying two words: “It’s cancer.” I was diagnosed with stage II gray-zone lymphoma, which is a combination of Hodgkin’s and non-Hodgkin’s lymphoma.

I got in for a PET scan pretty soon after my diagnosis. Although the largest mass was surgically removed, I had three smaller tumors scattered in my chest. After my body had mostly healed from surgery, I began my chemotherapy treatment. I got six rounds of ECHOP-R. Chemo wasn’t without challenges, but I’m thankful I handled it as well as I did. I finally rang the bell and was declared in remission on August 26, 2020.

Post-cancer life is challenging too, especially with mental health issues and adjusting to a different life. But I’m thankful I’m able to rebuild a healthy, happy life with the second chance I was given. I got a puppy on the one year anniversary of my cancer diagnosis and quit the job I hated.

Cancer is hard, but I really do think it changed my life and helped me realize that nothing is guaranteed. I’m actively finding joy in every day and really just celebrating life. I just celebrated making it one year of NED and I hope there’s many more!

Thank you to Gilead Sciences for sponsoring this story.