The Power of Belonging 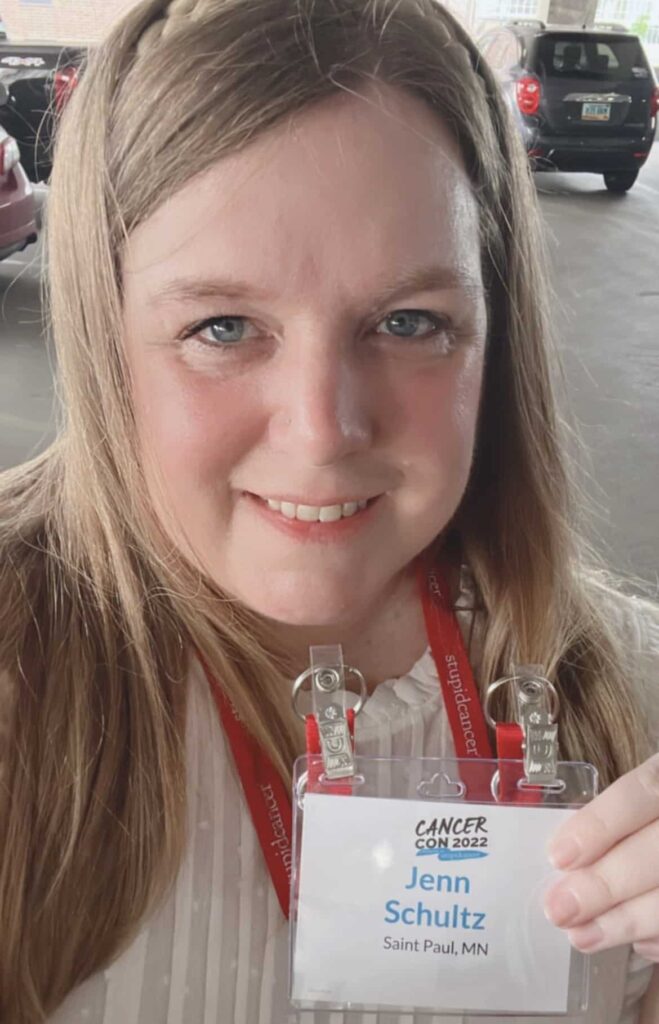 While attending CancerCon Live this year, I was asked to describe Stupid Cancer in one word. Ask anyone who knows me and they will tell you I’m very rarely at a loss for words! But this question had me momentarily speechless.

In January of 2015, I was a young adult less than two years out of college. I was working an entry level position in my dream organization, living in one of my favorite cities in the U.S., and one semester into graduate school. I felt like the future was mine for the taking until one word changed everything: CANCER.

My melanoma diagnosis felt like a failure. I had to leave my dream job, move back home with my parents, and put my life on hold. I felt stuck: the future I had dreamed of was now uncertain, and my old life was no longer a comfortable fit. All my friends were either an hour away from where I went to college or 6 hours away where I had been building a new life. Lonely couldn’t even begin to describe the isolation I felt.

Ashley Williams (one of the breakout group leaders at CancerCon 2022) became my very first cancer friend. She and I were diagnosed just a few months apart and she had begun to document her journey on her Chemo Diaries Instagram account. Although we lived hours (and many states) apart by airplane, her story made me feel less alone. Finally, someone my age could relate to the grief, trauma, loss, and uncertainty I was experiencing. She gave me the courage to begin sharing my own journey and the belief that my story mattered too. Through Ashley, I discovered the power and healing of community. It was also through Ashley that I learned of Stupid Cancer and CancerCon.

I attended CancerCon virtually in 2021 and found so much inspiration and connection in the keynotes and breakout groups. When Ashley told me she was presenting at CancerCon in Minneapolis this year, I knew I was meant to be there. After almost seven years of long distance friendship, she was going to be in MY city! Even still, like most things cancer-related, it didn’t go quite the way I had envisioned.

Less than a week before CancerCon, my cousin Brooke passed away after a year and a half of living life to the fullest with ovarian cancer. Her funeral was to be held on the last day of the conference and my doubts began to creep in. In this deep grief and loss, could I immerse myself deeper into cancer? Could I open myself up to meeting more people I might eventually have to say goodbye to?

Within 15 minutes of arriving at the convention, the answer to that question was a resounding YES! CancerCon has a magical way of connecting with the people you need the most. I arrived alone and before I even finished my appetizers at the Welcome Reception, I felt more seen than I had in seven years. I met two people who gave me incredible gifts toward healing in the following two days. I had discussions about complicated feelings over having cancer but not having chemo. Does not losing my hair make me less of a survivor? I had transformative conversations about body image. I’m not the only one who gained weight during treatment?! I was inspired by keynote speakers, moved to tears over shared experiences, and empowered by the voices of others at Open Mic Night.

A wall of Honor and Remembrance stood in the hallway we walked through multiple times a day. The first day, I had written my cousin’s name on a purple heart and posted it in the middle. On my last day of CancerCon, the day before her funeral, I took a moment to visit the wall again. As I looked at her heart in the middle of all the others who were loved and lost, I knew this was exactly where I had needed to be that weekend. Like her, I was surrounded by a community– those who understood completely.

So how would I describe Stupid Cancer in one word?