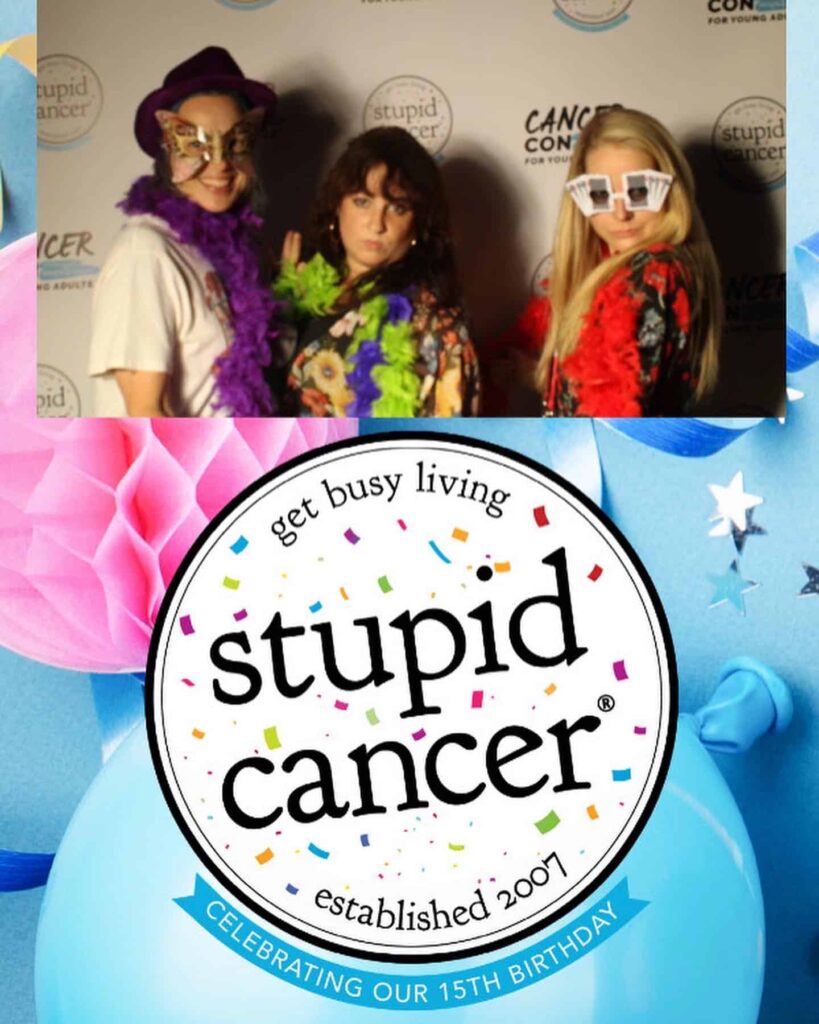 When I was 26, on December 1st, 2017, I was first diagnosed with a rare form of Non-Hodgkin’s Lymphoma. To say that my body didn’t react to treatment well is a massive understatement. Complications, side effects, and surgeries; you name it, it happened. It left me with a neurological disorder in my left leg called Complex Regional Pain Syndrome (CRPS). It’s ranked as the most painful and incurable disease. Since weather and the cold affect it, my husband and I decided to move to the south in hopes of a fresh start with less pain.

Shortly after moving, I noticed a small lump growing on my left hand. The hand itself hurt intermittently for about a year and I brushed it off as carpal tunnel or arthritis. But once the lump began to grow, I knew in the pit of my stomach, deep within my soul, that it was cancer. I went to a couple of doctors who had thought it was a ganglion cyst. Ironically enough, there was a small one in my hand, but that wasn’t the cause of this painful lump. No one seemed to be worried about it, but I requested that it be surgically removed and biopsied.

One week passed, and then two weeks. I knew that pathology results took a while, but this felt like an eternity. I had somewhat convinced myself that it was nothing, since the doctor who removed it said it looked like a normal cyst.

I was in my bedroom and got the ping on my phone. “New test results.” I logged in and read the words “Synovial Sarcoma.” Sliding down the side of my bed to the floor I reread those words “Synovial Sarcoma.” In a panic I called my husband, but no answer. He was at work with little service. I sent him a copy of the results and asked him to please call me as soon as he could. This had to be a mistake. Sarcoma? Sarcoma!?! My cell phone rings and it’s my doctor. He’s apologetic and somber. I asked him if there was a mistake, and he confirmed that I indeed had cancer for the second time. It was a completely random, rare synovial sarcoma. He told me he was personally getting in touch with an oncologist and would call me back. I was cool, calm, and collected… until the call ended. I sat there on the floor, sobbing, yelling, “Oh my God!” My husband called me, and I tried to calm down to answer the phone. I remember apologizing to him repeatedly when telling him that I had cancer again. I felt like it was my fault. He immediately left work to come be with me, to hold me, as we feared the unknown.

Unfortunately, I needed a second surgery to remove additional cancerous tissue. We met with the oncologist and the radiologist. There were so many unknowns about what type of hand function I’d be left with and how they would be able to close the skin since it was in a difficult spot. Two days later, my oncologist successfully removed the remaining cancerous tissue. Since I had a history of CRPS, radiation was no longer in the plan to hopefully prevent it develop in my hand.

I couldn’t believe it. That’s it? I’m cancer free again? This time felt too easy, like it wasn’t real. No chemo, or radiation? No complications?

Except there were complications. I ended up losing some strength in my hand and then the tremors developed. No matter how much physical therapy or occupational therapy I had, the pain became more persistent and excruciating. And then it happened–I was diagnosed with CRPS in my left hand as well. I was left disabled, and mentally destroyed.

I began participating in programs with other cancer survivors to help with the depression I was feeling and heard about an event called CancerCon. I knew immediately I had to go. Since I was no longer working, and my husband took a sizable pay cut for us to move south due to my health, I knew there was no way we could afford it. One day, while on the Stupid Cancer site, I saw that registration for CancerCon 2022 was open and that you could apply for a possible scholarship! I figured it was worth a shot, but since the only luck I seem to have isn’t great, I wasn’t expecting to be chosen.

Then an email arrived. I was granted the Travel Scholarship! I was so excited I showed my husband immediately and we booked a hotel room. We decided this was something I needed to experience on my own. To meet other survivors like me who have similar fears and frustrations. I was afraid to go on my own, but I’m so thankful I did. I met so many others who had such harrowing stories, and they provided me with such inspiration. I met three people who also had synovial sarcoma, which was insane since that diagnosis is genuinely one in a million! I made new lifelong friends and took in so much information about everything, from self-advocacy to intimacy issues after cancer. I am so grateful to have been given the opportunity to go to CancerCon. It’s absolutely life changing to have this community that is so diverse yet has so many things in common.

I am now officially 1 year cancer free, and am dedicated to sharing my story to help others, and hopefully make a positive change so that one day in the future, when someone else is diagnosed with cancer, it’s not as scary.