From Cancer to Crowdfunding 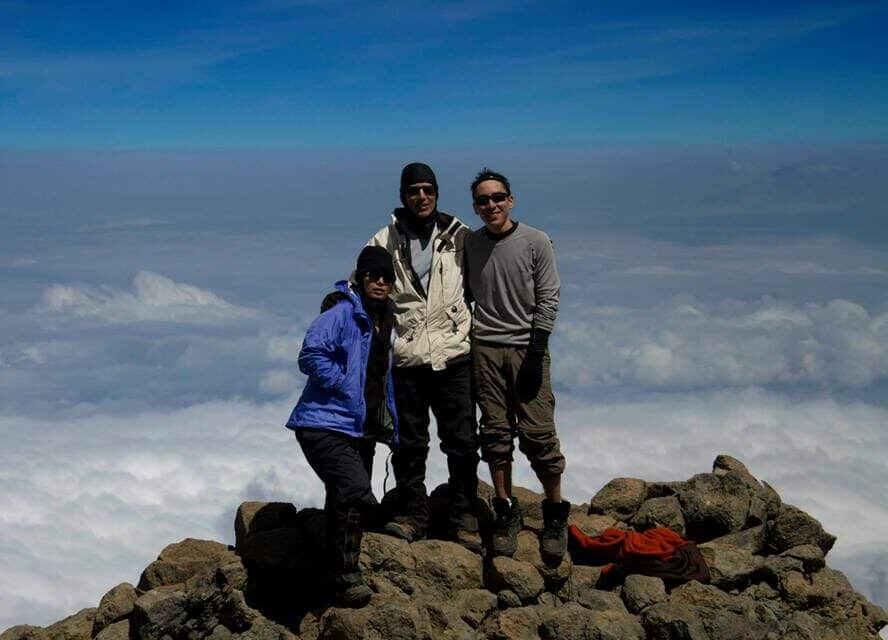 All my life, at least since early high school, I was deliberate in trying to maintain a healthy lifestyle. It started in ninth grade with weight lifting and wrestling, being conscious of fitness in general, keeping an eye on my weight and continued for the years to follow. When I became a physician, I could see that 90% of the patients I cared for were sick because of poor lifestyle choices. In addition to making me further intensify my efforts to stay healthy, it made me realize that were I ever to become sick, it would be because of bad luck and not because of poor choices.

Worse luck came two years later when my PSA had climbed to 95. Seeing the urologist again, this time I was scared… “Let’s just skip the biopsies and take the stupid thing out,” I asked. The urologist assured me that biopsies in his hand would be definitive (like they were when he last biopsied me, I thought?) And, sure enough, the biopsies were negative for cancer. The urologist told me “your PSA will always be high, never check it again.“ You can probably see where this is going now.

The worst luck occurred the following year when, while doing my usual exercise routine, I felt a strange internal tug deep in my pelvis, something I had never felt before and something that did not correlate with any organ that I knew of. I monitored the sensation for a week and finally contacted my primary physician. My primary care physician was a colleague and friend. Seeing how concerned I was about something that to him probably seemed so trivial, he proceeded directly to a CAT scan. The CAT scan demonstrated large bulky metastatic disease in my pelvis. My PSA had climbed to 250 and a CAT scan guided biopsy confirmed the diagnosis of metastatic prostate cancer at an incurable stage.

Having spent my career in hospitals taken care of seriously and critically ill patients, I knew that things could always be worse. Heck, just keeping track of the news each day made that obvious. But, I have to say, the dark depressing feelings were briefly overwhelming. The overwhelming feelings of sadness were amplified by the rage I had at the urologist for his bad advice.

Baseball Hall of Famer and New York Yankee great Yogi Berra once observed that “90% of the game is half mental.“ I would think about that a lot. Something that happened all too often in my clinical practice that tested me in this half mental department was when a young man with an advanced prostate cancer would get admitted to my team. I saw too many patients about my age where the latest therapies had simply failed and somebody was dying just 2-3 years into their diagnosis. I would think “yeah… I did not need to see this. “

Around the time of my diagnosis, I was caring for a young man with an advanced aggressive leukemia. I looked after him after he went through cycle after cycle of chemotherapy trying to get him into condition for a bone marrow transplant. I watched him endure setback after setback while his courage in the face of impossible odds continually amazed me. Talking with him one day about how he remained so positive, he looked at me quizzically, as if to say how can you even ask me that question and responded “what other choice is there?“

In my own way, I have tried to do the same. I don’t look back, I do not dwell on the incompetency of the urologist with his two failed biopsy attempts and bad advice and I definitely do not think about the statistics surrounding my cancer diagnosis. Because mistakes were made leading to my diagnosis, mistakes that were acknowledged by the University Medical Center, monetary compensation was provided. In truth, the amount was meaningless to me, so small as to be frankly insulting. But, things being what they were and there being no alternative, I did two things following the settlement.

The first was to start a foundation to support prostate cancer research, funding the foundation with the settlement. I filed the necessary papers with the IRS and have tax exempt status. The second thing was to take a hobby that I had pursued for several years, small volume winemaking, and combined it with the foundation. What I do now is to crowdfund the cost of my barrel of wine. Supporters of my campaign, in exchange for their tax deductible support, receive wine from my collection of award-winning wines. All proceeds above my wine production cost go to the foundation that makes a gift annually to someone involved in cutting edge prostate cancer research. I’ve met some really talented physician-researchers through the Foundation gift giving.

The picture with the story is me with my two young adult children, as we neared the summit of Kilimanjaro. I included this picture because I had to take my injectable therapy with me to Africa to keep up my dosing schedule. The other reason this picture reminds me of my treatment is that the treatment gave me brutal hot flashes at 60 minute intervals, day and night. During the sub-freezing nights on the Kilimanjaro accent, I put the hot flashes to good use when I had to leave the tent to pee at 2am; the hot flashes kept me from freezing. Good times.

One of the writing prompts for this story was “tell me about a time you couldn’t stop laughing.“ I received radiation therapy for eight weeks. One feature of this therapy, something I don’t think I have ever discussed before with anyone, is that once I was in position for each session, the radiation oncology nurse would have to insert a balloon tipped tube up my rectum, then inflate it. This was done to separate the walls of the colon so that their exposure to radiation was minimized. If you can visualize this, me on my back held in position by a custom-made body mold, my legs up in stirrups and the nurse doing her thing. (Or, maybe, don’t visualize it). As she did this, there was a cartoon I had seen years and years ago, probably in Playboy (which I read for the cartoons). It depicted two cows in a barn, side-by-side in their stalls. In front of one cow was a farmer who sat on his stool while he milked the cow directly across from him. The cow being milked had his head turned to the other cow and asked, “Why does he always quit after the foreplay?” This was good for my daily laugh as the nurse went about her business with that large balloon tipped tube. She probably wondered why I was laughing.

Normally with metastatic prostate cancer, the standard therapy, androgen deprivation, is continued until it fails as it always does. I opted to stop mine after three years because the side effects had just become intolerable. I have been off therapy now for 10 years. I get my PSA checked regularly in a process that I called “laboratory roulette.“ I won another round just a few weeks ago. Sometimes I almost allow myself to think “maybe this is all behind me now?“

But, even if it is, side effects of the treatment are still with me. Androgen deprivation did messy things to my body. I gained weight in a funky distribution and it caused certain favorite body parts to shrink and never completely come back. The radiation treatment resulted in fibrosis/scarring in my abdomen causing me to have periodic bouts of small bowel obstruction. So far, each bout has spontaneously resolved but how this behaves in the future is completely unknown. Pelvic radiation also puts me at risk for bone marrow cancers.

Mostly, I take the approach that the one leukemia patient had on my team: I just look forward, don’t look back, and I try to make each day special. My next crowdfunding campaign is getting ready to start later this month and I am looking forward to that, hoping that it will be my best crowdfunding session yet.